The John Popper Project featuring DJ Logic with The Last Real Circus. With Special Guest The Night Spins, MANE and The Creaky Bones 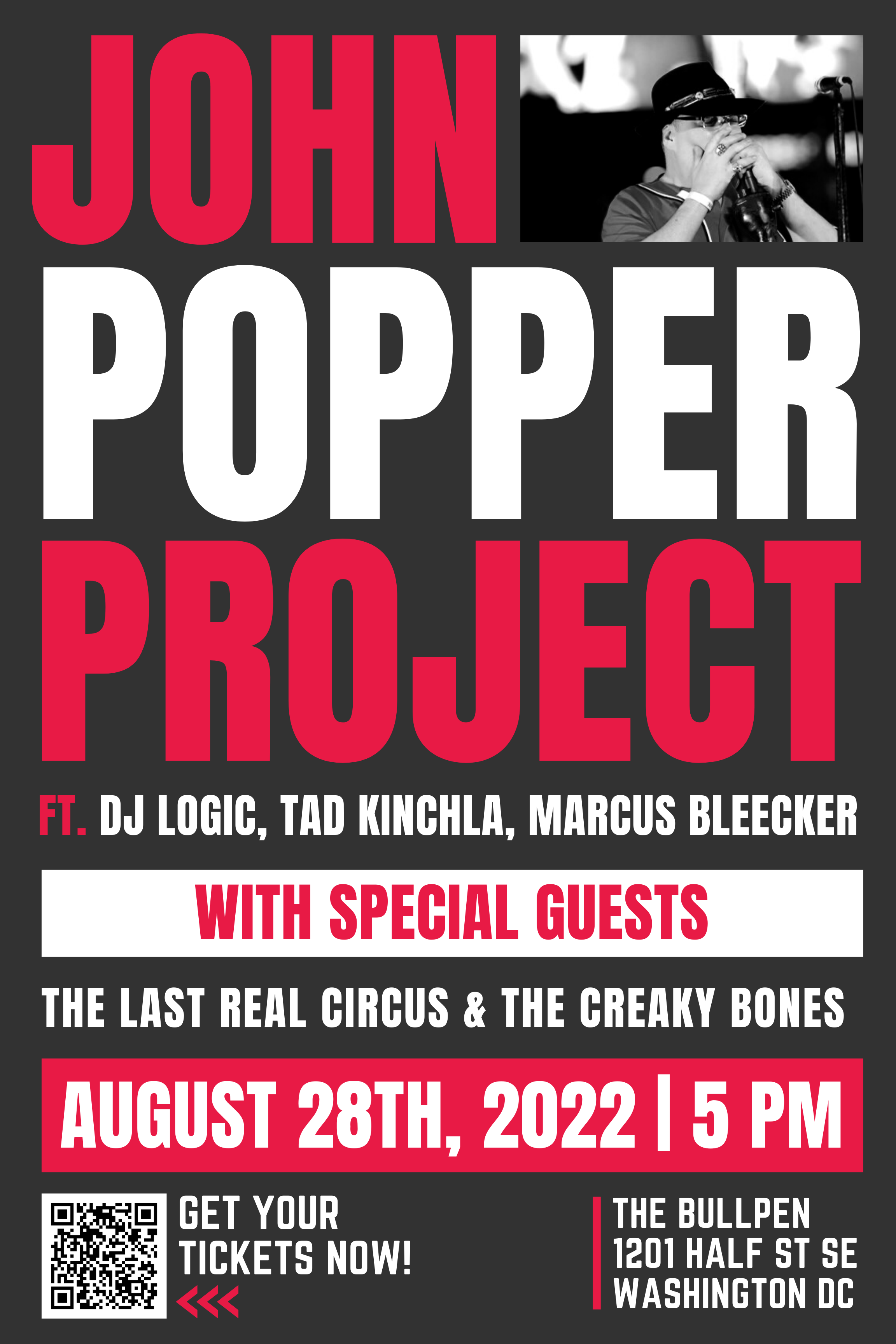 Garage pop laced with New York City grit, dark humor, and rock 'n' roll attitude. Born out of the American South, the first seeds for the group were planted when Josh Brocki and Manquillian Minniefee started messing around on guitar in high school down in Fayetteville, North Carolina. Fast forward to 2014: Josh and Manq, now living in Brooklyn, joined forces with Dallas, Texas-hailing Jesse Starr and Andrew "Ace" Jernigan to create Night Spins. Calling upon their experience working at burlesque clubs, circus shows, and raunchy variety clubs across NYC, the four-piece band melds its theatrical background with influences like Iggy Pop, Modest Mouse, and David Byrne for an unrivaled—and must-see—display of contemporary showmanship.

Australian artist MANE has penned perfect, booming, beautiful anthems that celebrates the people that mean the most to her and the love that those relationships represent. Her breakout hit ‘Chasing Butterflies’ clocked up over 2 million streams before the release of debut EP ‘Coping Mechanisms’ which features lush, baroque pop production. MANE’s soaring vocals and dark, furious energy serves to only intensify the lyrics she sings. Having found national support in Australia via triple j and Spotify, as well as performing at festivals alongside the likes of The Wombats & Yungblud MANES explosive indie pop anthems, deep brooding vocals and fierce live performing continue to prove she’s an exciting new talent in music. Self-taught and inspired by the likes of Florence and the Machine, Hayley Williams & St Vincent MANE has spent the last few years transforming the music she makes from a pastime that brought hi’s and lo’s into a career that brings strength and solidarity.