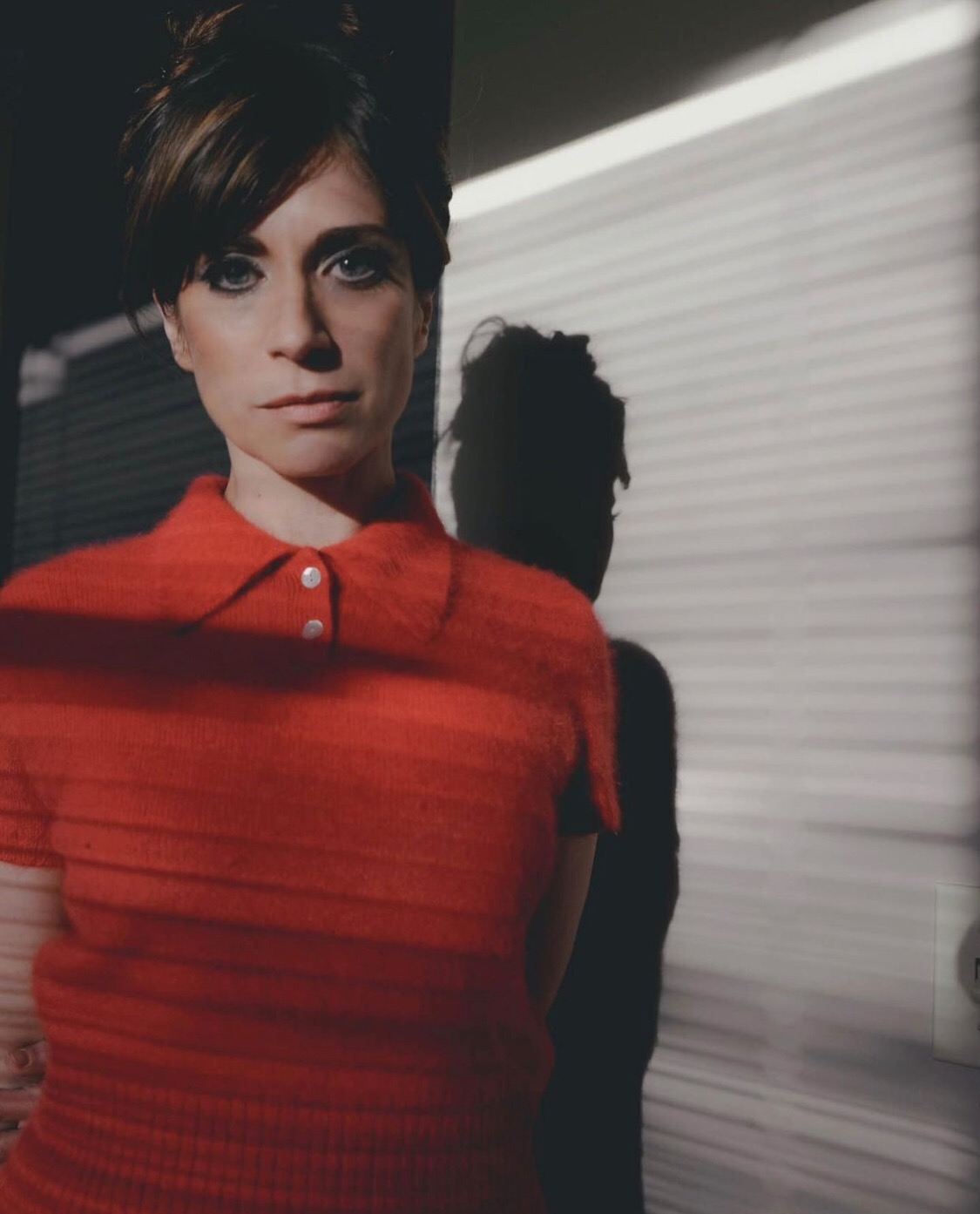 In each song she creates, Nicole Atkins reveals her incredible power to transport listeners to a much more charmed time and space. On her new album Italian Ice, the New Jersey-bred singer/songwriter conjures the romance and danger and wild magic of a place especially close to her heart: the Jersey Shore in all its scrappy beauty. Inspired by the boardwalk’s many curiosities—the crumbling Victorian mansions, the lurid and legendary funhouse, the Asbury Park rock-and-roll scene she played a key part in reviving—Atkins ultimately transforms her never ending fascination into a wonderland of her own making.

For help in capturing the shore’s kinetic spirit, Atkins assembled a studio band whose lineup feels almost mythical. Recorded at the iconic Muscle Shoals Sound Studio in Alabama, Italian Ice finds the Nashville-based artist joined by Spooner Oldham and David Hood (both members of The Muscle Shoals Rhythm Section, who played on classic records from the likes of Aretha Franklin and Etta James), Binky Griptite of The Dap Kings, Jim Sclavunos and Dave Sherman of The Bad Seeds, and drummer McKenzie Smith (St. Vincent, Midlake). With special guests including Spoon frontman Britt Daniel, Seth Avett of The Avett Brothers, Erin Rae, and John Paul White, the album is a testament to Atkins’s uncommon talent for uniting musicians of radically different sensibilities. “I just invited all my best musical friends to be there with me, and then we roped in Spooner and David too,” says Atkins, who connected with the two musicians after performing at Oldham’s birthday bash. “Musically, it doesn’t make any sense. But I’m a superfan of all of them, and we ended up with the weirdest, craziest band ever. It just became this awesome misfit party.

Co-produced by Atkins and Ben Tanner of Alabama Shakes, Italian Ice makes brilliant use of its A-list personnel, unfolding in a kaleidoscopic sound that Atkins likens to “an acid trip through my record collection.” At turns as opulent as symphonic pop and gritty as garage punk, the album wanders into shades of psych-rock and honky-tonk and girl-group melodrama, endlessly spotlighting the tightly honed musicianship and unbridled originality at heart of Atkins’s artistry. “I didn’t really censor myself much,” she points out. “Everything that felt good to say or hear or feel coming back off the speakers, I just went for it.”

Right from its very first seconds, Italian Ice hints at a deeper purpose behind that feel-good ethos. With its soulful harmonies and soaring string lines, the album-opening “AM Gold” speaks truth on the horrors of global warming and the corrosive effects of social media (sample lyric: “We’re stranded in the garbage of Eden/We’re starvin’ what we should’ve been feedin’”), yet simultaneously makes a case for music as a potent antidote to despair. “The world can be in so much chaos, like it is today, but whenever I go home and get in my parents’ car and turn on the radio to some Bobby Vinton or Frankie Valli song, everything feels okay,” says Atkins. “For a few minutes you’re just drifting away on this dreamy sound that makes you feel so warm and held and comforted.”

From there, Italian Ice presents a pair of back-to-back tracks that channel Atkins’s untamed imagination into moments of sonic transcendence. Co-written with My Morning Jacket’s Carl Broemel, “Mind Eraser” matches its silvery textures and ethereal guitar work with flashes of surrealist poetry lifted straight from her hyperactive dream life. Meanwhile, “Domino” finds Atkins pushing genre boundaries to glorious effect, working with songwriter/producer Dex Green to carve out a groove-heavy pop gem. “We were talking about French electro and I told Dex how I wished I could have a song that sounds like that,” Atkins recalls. “He sent me over a beat he constructed and we ended up coming up with something almost like a Prince song or ‘Miss You’ from the Stones—that same kind of strut.” And in her smoothly delivered lyrics to “Domino,” Atkins serves up something of a mission statement for living fully in troubled times: “I’m not gonna play/Safe and sound/When the world comes tumblin’, tumblin’ down.”

The Last Real Circus are an Indie rock band based out of Richmond, VA (RVA).  The band was Founded by singer songwriter and high energy frontman Jason Farlow (Lead Vocals, Guitar), along with fellow members, Kevin Vorhis (Drums), Brian Berry (Bass), Michael Lamp (Lead Guitar) Ian Atchison (Piano & Keys). The band is currently being produced by Rich Stine (The Head and The Heart, Joshua James, The Bones of JR Jones, and many more).

The band has quickly gained a big following with loyal fans from all over, with their soulful heartbeat singles, “Chaplin’s Life,” and “Nottoway.” With the addition of their new originals “Diana (Oh La La)”, “Hard Times“ “Ghost” and “Stoned (On A Different Kind of Love)” to the set list, The Last Real Circus are coming into their own as an act! Currently, The Last Real Circus are coming off of last year’s tour, along with adding some additional members, and music, to the band during the break.

The band’s stripped back raw sound draws heavily from artists that influenced them including: “The Lumineers”, “King’s of Leon”, “Counting Crows”, “Rainbow Kitten Surprise (RKS),” “Mumford and Sons”, “Tom Petty”, “Alabama Shakes,” “The Head and the Heart”, “Mt. Joy”, and others alike.

Kingdom Jasmine is the stage name for prolific singer-songwriter Bob Barrick, who, at 28 years old, has released three albums touching on rock, folk, and psychedelic influences. Having first made a name for himself in the Indianapolis punk scene as the front man for the noisy folk ensemble, Coyote Armada, it wasn’t until he joined forces with Joshua Lee Turner in 2016 to record the eponymous Kingdom Jasmine that he found a wider audience.